Hitomi Ishikawa’s “Machibuse” is playing in the store. It is a nostalgic song. Nostalgic candy such as yogurt, yocchan-ika, and milkmake line the shelves of the store.

The pinballs that once enthralled young people.
Pinball, the game that used to be so much fun
for young people.The excitement of pinball, which
cannot be experienced through computer games, comes back to life.

“I always liked theme parks and old buildings. I had a dream in my mind that someday I would like to create such a space myself. Eisaku Han, owner of Shibamata Haikara Yokocho, explains his reason for opening the store. I want to create a restaurant where people can feel the nostalgic atmosphere. What I want to value is the atmosphere. “ 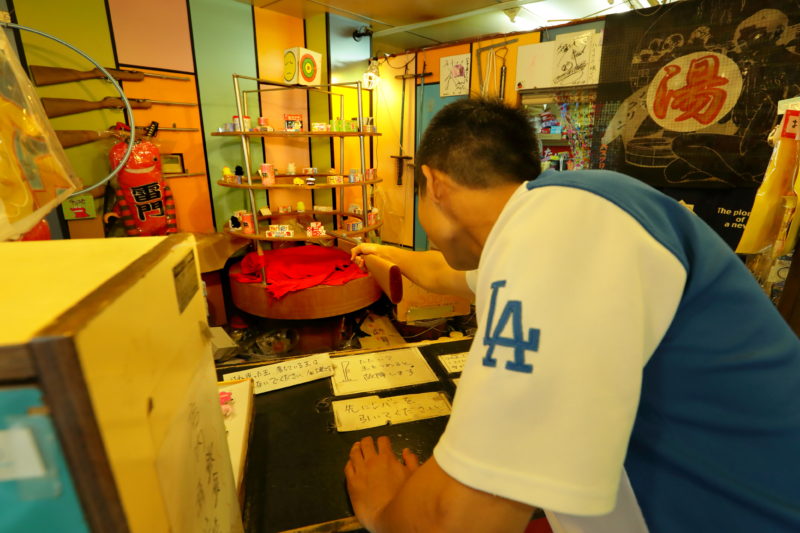 The trick is to hold your arm outstretched and bring the muzzle of the gun close to the target. 300 yen per shot. There is one more trick, which the staff will kindly teach you if you ask them.

Recently, the number of stores selling Showa-era goods and candy has been increasing, albeit slightly. The difference between Shibamata Haikara Yokocho and others, however, is the pinball and target practice corner. Pinball is a game that certainly thrilled young people in the past. A silver ball is played with a plunger (a metal rod with a rubber tip that launches the ball onto the playing field). Each time the ball hits the standup (a target that reacts when hit) and drop (a target that drops when hit) targets, the player shakes the table enough to avoid tilt (a game over caused by shaking the table too much) and scores points. The last stronghold is the flipper (a bar on either side that plays the silver ball). The player manipulates the balls that fall in front of him or her to score more points. It was a simple game, but one that gave me a thrill I could not find anywhere else. And the backglass (a board set up behind the front of the table), with its garishly colored pictures of old American customs, science fiction, and outer space, seemed to give form to my longing for the unseen. 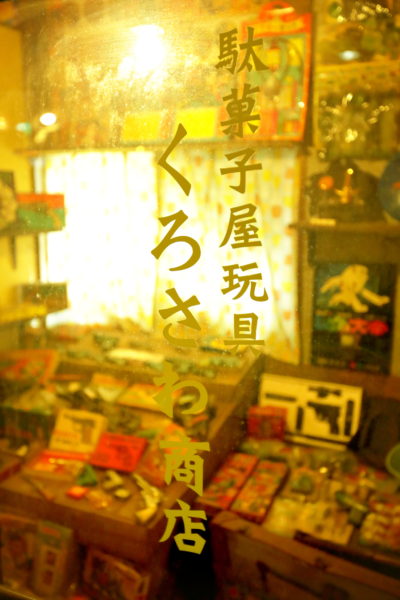 A diorama of a toy store on the second floor.
It is filled with toys that would make fans cry!

Oh, you want to take a picture? If so, you should wear a hat. With this remark, the museum staff puts a hat on his head, which is sure to be coveted by many enthusiasts. The hat was once used by Tokyu Corporation.