Oh, you want to take a picture? If so, I should wear a cap. With this remark, the museum staff puts a cap on his head, which is sure to be coveted by many enthusiasts. The cap was once used by Tokyu Corporation. Without a pause, Mr. Katsutoshi Otsuka, director of the “Tamaden and Local History Museum,” burst into machine-gun talk. I am curious about everything,” he said. Maybe it’s because I grew up in a time when there were no things. When I was a child, there were many things I couldn’t afford. As I grew up, I bought more things with my allowance or received them. And I don’t like to throw things away. That’s why I accumulated more and more things. 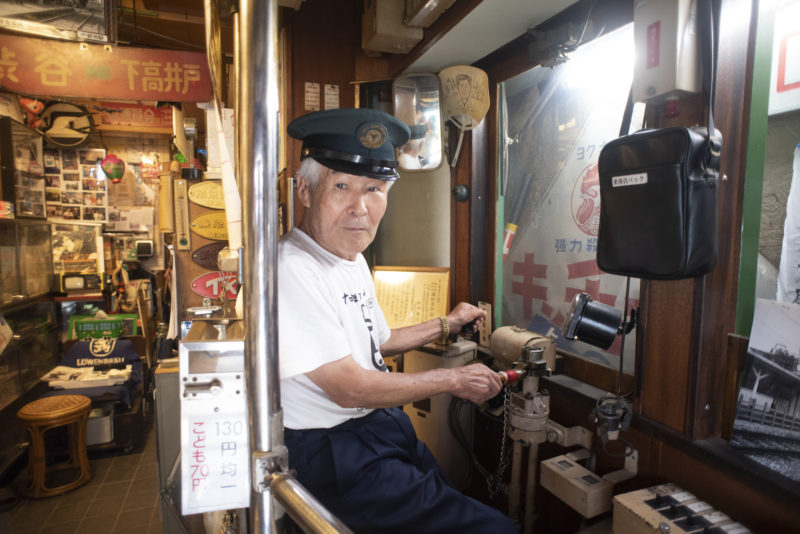 The driver’s cab of the Tamaden train is on the right side of the entrance, and its position has not changed since the time of the soba noodle shop. In other words, it was the first thing that greeted customers eating soba noodles.

Today, this history museum exhibits and stores 2,000 kinds of all kinds of things. The museum has a Tamaden driver’s cab, train-related items such as suspension straps and ticket holders, phonographs, records, red mailboxes made of plastic, ceramics, and tinplate, “hyo-chan” soy sauce containers from Sakiyo-ken, beer bottles, and record needles. …… He owns just about everything. The items on display in the history museum account for about 5-6% of the total. The rest is still in storage, Otsuka said proudly. I thought it was a man’s romance,” he says. I thought it was a man’s romance. My family used to say, ‘What are you doing collecting trash? But as soon as I opened the history museum, I started getting interviews from newspapers and TV stations. I thought to myself, “My status within the family has risen. Well, if you say so yourself, you’re in trouble, aren’t you? Ha-ha-ha. Otsuka’s eyes, which had been shining from the moment we first met, lit up even more. 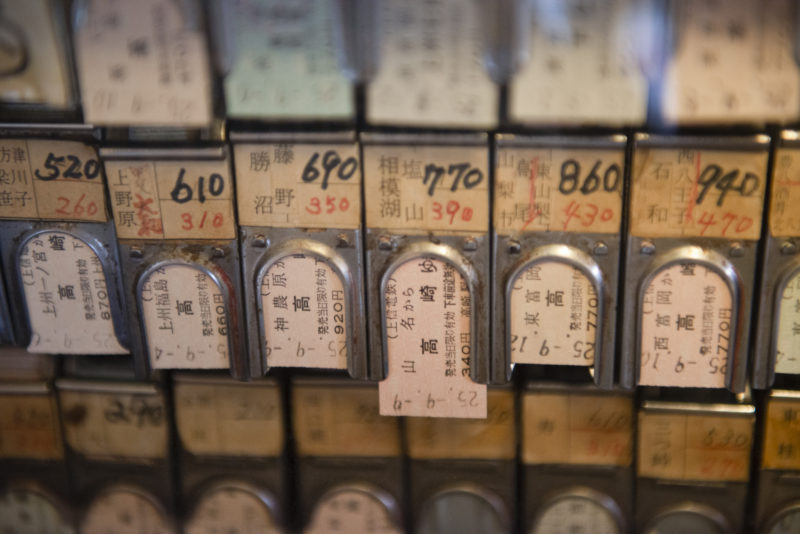 He has acquired the items used in the ticket office with the tickets and exhibits them. It was given to Mr. Otsuka by someone who was inspired by his enthusiasm.

Hitomi Ishikawa's "Machibuse" is playing in the store. It is a nostalgic song. Nostalgic candy such as yogurt, yocchan-ika, and milkmake line the shelves of the store.