ホーム
Days of records and audio


She is as annoying as a woman with a big mouth. However, once they start playing, they attack the most comfortable part of the listener’s mind. The jukebox is not something that satisfies nostalgia, but is a high-quality audio device that is still in use today. 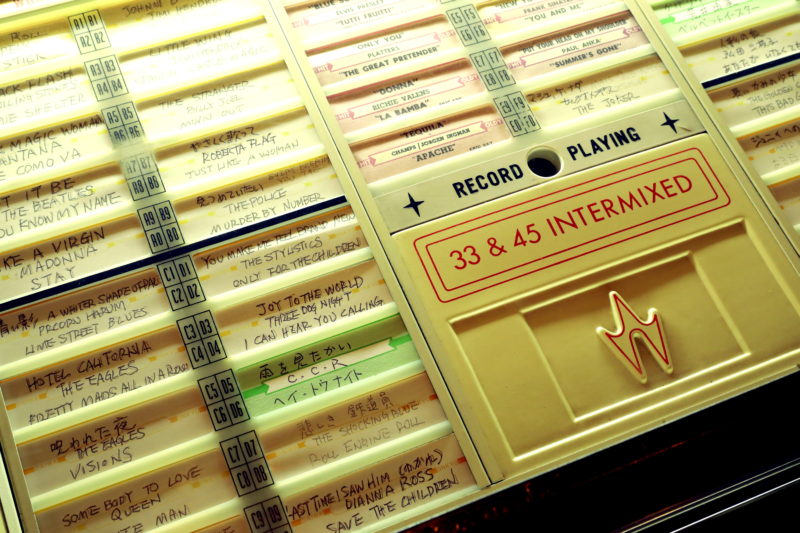 The music lineup reveals Master Kasai’s musical tastes and personality.
I think it’s a matter of humidity, but sometimes it sounds really good,” said master musician Koichi Kasai. Master Koichi Kasai said, then laughed and lit a cigarette, “Well, the way you hear the sound depends on how much you drink.
The sound is good, but there is an inconvenience. We have to set the playing time, but that is subtle and difficult. If it’s too long, it puts too much strain on the machine, so I leave it at a reasonable point. But the length of the song varies from record to record, so when the set time is up, it ends on its own. They don’t let me cum until the end. And they don’t play the songs in the order you request. They play the songs in the order I request, starting with the record closest to the one they played before. He is a selfish guy. 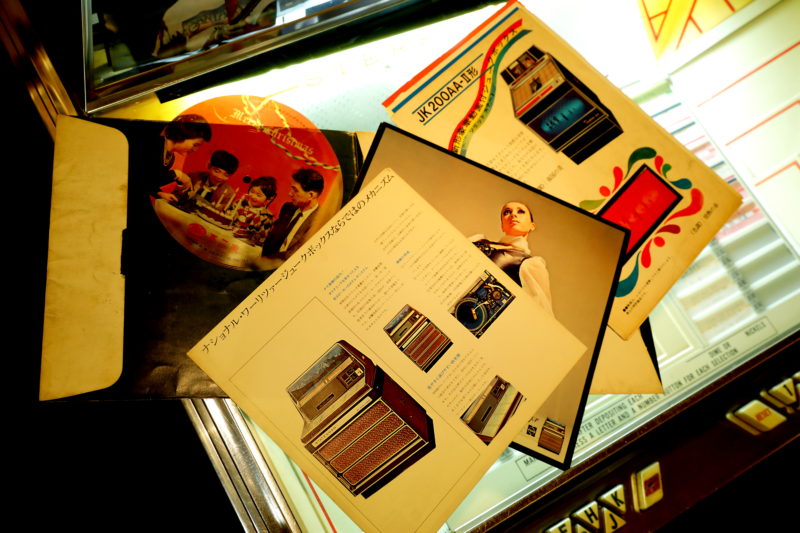 A rare catalog from that time. In the upper left is a sono sheet he received for Christmas from Fujiya when he was a child. It was too flimsy to fit in the jukebox.